It’s hard to believe that Studio 54, the mecca of the disco era, lasted just 3 years. After its opening on April 26, 1977, the legendary midtown club quickly achieved iconic status. Famous people from Andy Warhol to Farrah Fawcett flocked to this outrageous and exuberant party scene. By February 1980, the club was shut down, but its legacy remains forty years later. Spring of 2020, the Brooklyn Museum invites you to experience the club at the new exhibition Studio 54: Night Magic. The exhibition will present 650 objects that document the history and lasting impact of Studio 54. Photographs, drawings, film, and fashion will tell the story of how this nightclub came to symbolize the disco craze and reflect a particular moment in the cultural history of New York City. The exhibition design, sure to feature some era-appropriate neon lighting, will also reflect that of the club itself and feature a soundtrack of disco hits like Chic’s “Le Freak” and Gloria Gaynor’s classic, “I Will Survive.” In addition to showcasing the life of Studio 54, the exhibition will take a look back at former landmark clubs in the city such as the Cotton Club, the Tropicana, and the Peppermint Lounge, which enjoyed their heyday from the 1920s to the 60s. In the late 1970s, after New York City had nearly gone bankrupt, Studio 54 rose up to meet the demands of disco and found a home where people of all walks of life would be welcome. Founders Ian Schrager and Steve Rubell chose a former opera house that had also served as a CBS soundstage for their new club, which they envisioned as an extension of the burgeoning nightlife scene in the area.

This chronological look at the club will feature design preparations before the grand opening in 1977. Sketches, models, and other objects will showcase the renovations to the space and the design of key elements like the hanging “Moon and Spoon” sculpture inside Studio 54.

The much-photographed club hosted regulars like Mick and Bianca Jagger, Cher, Pat Cleveland, Farrah Fawcett, Liza Minelli, and Truman Capote. Photographs ranging throughout the life of the club will be on view in “The Studio 54 Experience” section of the exhibition. In this section you’ll also get a glimpse of some of the most outrageous parties ever thrown there, such as the grand opening featuring a performance from Alvin Ailey American Dance Theater and a party at the opening of the film Grease in 1978.

According to the museum, what makes Studio 54 distinct is its encapsulation of disco music and fashion, as well as its democratic celebration of radical self-expression. The dance floor represented a diversity of sexual and sociopolitical identities, and fearless creativity was ever on display. “At this current moment in history, when struggles for liberation often collide with restrictive social norms, we are excited to present Studio 54: Night Magic,” said Anne Pasternak, the Brooklyn Museum’s Shelby White and Leon Levy Director, in a press release. “The exhibition encourages visitors to reflect on a significant era in our shared history and challenges us to consider the future and the many ways we can create a freer and more just world.”

The final section of the exhibition will cover the legacy of Studio 54. After the liquidation of the club in 1980, owners Ian Schrager and Steve Rubell went on to found another successful club and multiple hotels. The exhibition will also honor those affected by AIDS, including Rubell, who died in 1989. 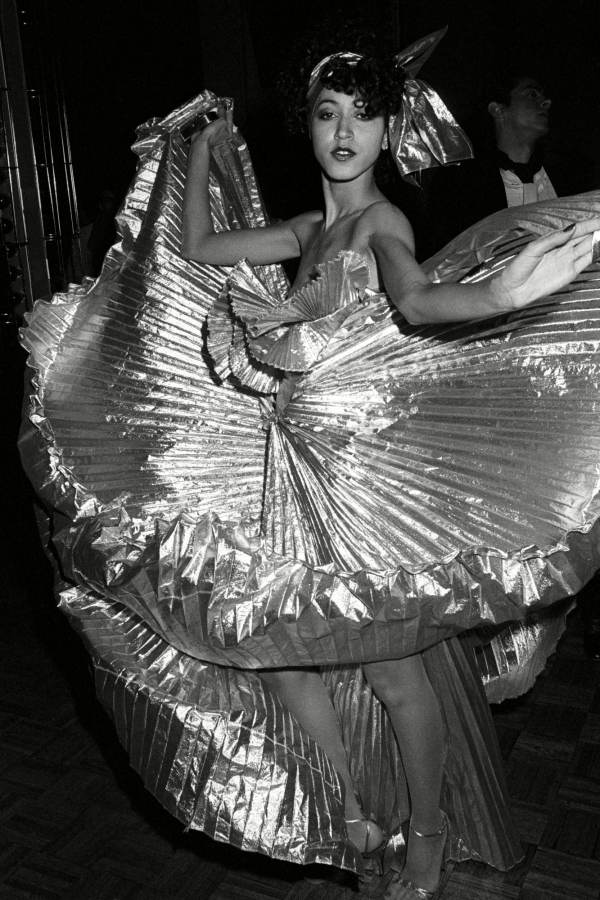 Other nightclubs would go on to mimic Studio 54, attempting to recreate its unique appeal. The exhibition will explore this and the club’s influence on fashion in years since. Disco-inspired looks from CARR, KENZO, Michael Kors, and Rick Owens will be on display. The exhibition curator and designer is Matthew Yokobosky, Senior Curator of Fashion and Material Culture at the Brooklyn Museum.

Studio 54: Night Magic will open March 13, 2020, and close July 5. Timed tickets will be available October 1 for museum members and October 8 for non-members.

The Brooklyn Museum is located at 200 Eastern Parkway. To purchase tickets or learn more, call 718-501-6354 or visit brooklynmuseum.org.