New York City never sleeps. It also doesn’t stop serving booze until 4 in the morning, which means you not only have to plan your days in the city, but your nights as well (and early mornings if you’re really going all out)! Rounded up below are Manhattan’s five best nightclubs, ranging from a live show venue to a rooftop dancefloor with a hot tub built into it. Welcome to the New York nightlife—it’s been waiting for you. The music here isn’t limited to one genre, with DJs spinning everything from house and pop to hip-hop and R&B (and make sure you stick around for the evening, because things always seem to get interesting once the clock strikes midnight). Located at the top of Dream Downtown, you’ll catch some gorgeous penthouse views while lounging around custom-built Italian leather banquettes and marble tables. With two full-service bars, state of the art lighting and audio, and a retractable canopy for the outdoor terrace, you’ll never want to leave this clubber’s haven. Dream Downtown, 355 W. 16th St., 212-229-2511, phdlounge.com Le Bain has it all, from multiple hot tubs and graffiti-covered hallways to an open rooftop that’s converted into a “grass-covered” crêperie in the summer. We wouldn’t expect anything less from The Standard, though. Self-described as a “penthouse discothèque”, Le Bain features world-famous DJs, a state-of-the-art sound system, and views that can’t be found at any other nightclub in the city. There’s even a plunge pool installed on the dance floor during the hotter months. Too cool, right? The Standard, High Line, 444 West 13th St., 212-645-7600, standardhotels.com 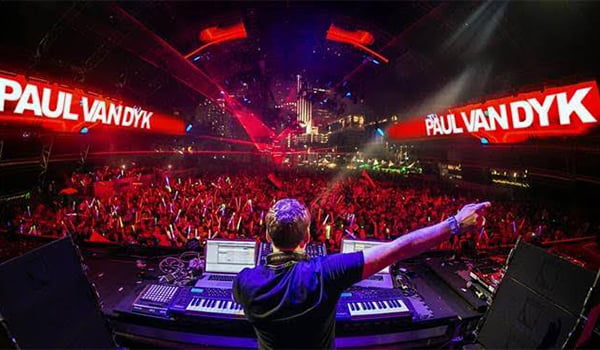 Terminal 5 is as much concert venue as it is a nightclub, i.e. it's all about the live shows. Wyclef Jean Presents The Carnival 20th Anniversary Concert, The Flaming Lips, One OK Rock, Celebrating David Bowie Concert, the list goes on and on. This three-floored venue is setup strategically, so that no matter where you’re standing, you’ll have an awesome view of the stage. Couches line the walls, so you can take a seat and chill, or, if you’re feeling more adventurous, take to the central dance floor. The beauty of Terminal 5 is its versatility as a club space, making it the perfect environment for every attendee. 610 W. 56th St., 212-582-6600, terminal5nyc.com The Marquee gets loud, which is not a bad thing in the world of nightclubbing. Fridays you’ll find Underground House music blaring from the speakers, and Saturdays are reserved for Commercial House dance tracks. If you really want to make a night of it, the table service here will give you prime seating in this trendy nightclub and top of the line champagne bottles. Filled with modern décor and a flashy chandelier that brings the entire dancefloor together, Marquee is a favorite hotspot for both NYC locals and tourists alike. 289 10th Ave., 646-473-0202, marqueeny.com