Things to Do in NYC in February

New York in February may be sunk in winter, but the city is as vibrant as ever, with theater, culture, dining, and nightlife scenes all going full-bore. During February, shoppers can take advantage of some great sales over the week of Presidents' Day, and lovers mark the 14th in red for Valentine's Day. We've also got Mardi Gras and Chinese New Year celebrations, Restaurant Week, 2-for-1 Broadway Week, and Fashion Week. For the best of New York in February, check out our rundown below.

Things to Do in New York in February: Highlights

(2/10-2/11) The 2020 Westminster Kennel Club Annual Dog Show is basically the Super Bowl for dogs. Canines get grouped into categories like Hound, Toy, and Terrier, with a panel of expert judges looking on. Meet & Compete sessions are held at Piers 92/94, while Madison Square Garden plays host to two main event days, including Tuesday’s anointing of the Best in Show.

(2/6) The New York Pet Fashion Show will be held just a few days earlier, across the street, at the Hotel Pennsylvania. 6-11pm. NYPetFashionShow.com

Things to Do in New York in February: Exhibits

(2/15-4/19/20) The Orchid Show: Jeff Leatham's Kaleidoscope at New York Botanical Garden is back for its 18th year. The 18th annual Orchid Show will feature the dazzling floral creations of Jeff Leatham, the famed artistic director of the Four Seasons Hotel George V, Paris and floral designer to the stars. Leatham’s bold and colorful vision will unfold through captivating installations and designs transforming each gallery of the exhibition in the historic Enid A. Haupt Conservatory into a different color experience, like a turn of a kaleidoscope. See dramatically arranged orchids in arches of deliberate hues delivering a kaleidoscopic tunnel effect, along with other design surprises featuring thousands of orchids—both rare and iconic—from the Garden’s renowned collections and the finest growers in the world.  nybg.org (2/14-8/23) Bill Graham & The Rock n Roll Revolution at New-York Historical Society. The New-York Historical Society presents the rock & roll world of Bill Graham (1931–1991), one of the most influential concert promoters of all time. Bill Graham and the Rock & Roll Revolution explores the life and work of the legendary music impresario who worked with the biggest names in rock music—including the Grateful Dead, Jefferson Airplane, Jimi Hendrix, Santana, Led Zeppelin, and the Rolling Stones—and launched the careers of countless music luminaries at his famed Fillmore Auditorium in San Francisco and the Fillmore East in New York City. Unique to New-York Historical is a special, immersive audio experience, providing a musical tour through the exhibition with songs by rock superstars Aerosmith, Blondie, David Bowie, Cream, the Doors, Janis Joplin, Tom Petty, and Neil Young, among others. (Through 5/3/2020) JR is a consummate 21st-century artist. As a young man, he began taking pictures of his fellow street-artist friends and posting them around his native France. Later, his photography projects expanded in scope and deepened in tone without losing their populist flair. Now, this celebrated artist will receive the first major North American retrospective of his work, JR: Chronicles, also at the Brooklyn Museum. The exhibition, named after the artist’s new mural of New York City, debuted in October. The mural itself, The Chronicles of New York City, portrays over one thousand New Yorkers that the artist interviewed and photographed in summer of 2018. It will be displayed in the Great Hall of the museum. brooklynmuseum.org 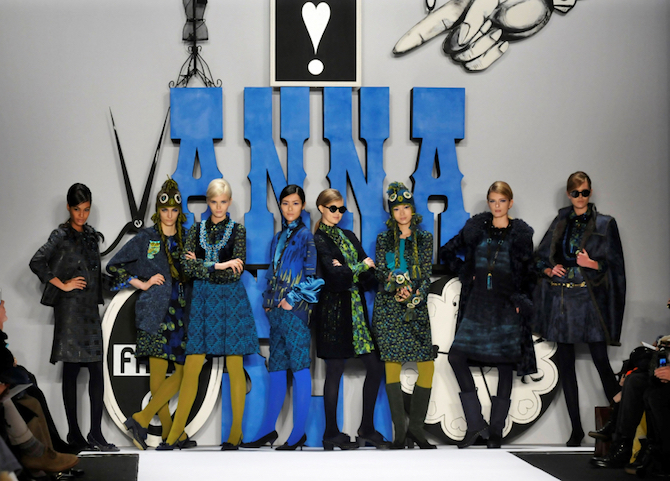 (Now-2/23/2020) The World of Anna Sui celebrates one of the country’s top designers at the Museum of Arts and Design . The 75 fashion looks on display in this exhibition will showcase Anna Sui’s decades-long career, beginning with the groundbreaking fashion show in 1991 that introduced the world to her one-of-a-kind eclectic aesthetic. (Permanent) The Jim Henson Exhibition at the Museum of the Moving Image will celebrate the life and legacy of the famed Muppet creator, exploring both his prolific career and the enduring effect his work has on pop culture to this day. Visitors can expect to learn more about the creation of such beloved works as The Muppet Show, Sesame Street, Fraggle Rock, The Dark Crystal, and Labryinth, as well as to discover the cutting-edge experimental works Henson made throughout his career.

Things to Do in New York in February: Comedy Things to Do in New York in February: Kids

(2/15-2/22) Kids Week aboard Intrepid offers a jam-packed week of activities for children ages 5-13. (9am-5pm)! All long there will be live animal shows, pop-up planetarium shows, maker spaces, live performances and so much more! Children of all ages and interests will learn more about STEAM through activities and demonstrations designed to educate and inspire. FREE. Registration required. (2/1-2/2) The Brooklyn Academy of Music, aka BAM, returns with the BAM Kids Film Festival 2020. Brooklyn’s favorite children’s film festival celebrates its 22nd year, presenting the best shorts and features from around the world—representing 31 countries in total. Recommend for ages 3-11.

For more local kids' events, check out our sister site at nymetroparents.com!

Things To Do in New York in February: Food, Music, Nightlife (2/1, 2/4, 2/12, 2/15) Due to popular demand, additional performances of Porgy & Bess at the Metropolitan Opera have been added, starring  Eric Owens and Angel Blue in the title roles. Things to Do in New York in February: Sightseeing (2/9) Chinese Lunar New Year Parade & Festival .   Check out Chinatown's annual Lunar New Year celebration for stunning visuals, tantalizing treats and impressive performances. This street party features all sorts of vendors, food and festivities for all ages to welcome the Year of the Rat. The parade route goes from Mott & Canal to Chatham Square to East Broadway towards the Manhattan Bridge, completing on Eldridge and Forsyth Streets towards Grand Street next to Sara D. Roosevelt Park. Starts at 1pm. (Ongoing) Sweets for the Sweet! Grab your honey or friend this Valentine's Day for a cozy ride aboard A Slice of Brooklyn's Chocolate Tour, TripAdvisor's top-rated NYC tour company A Slice of Brooklyn Bus Tours  has launched its Brooklyn Chocolate Tour, which visits artisanal chocolate sites Jacques Torres Chocolate in DUMBO, The Chocolate Room in Cobble Hill, Raaka in Red Hook, and Li-Lac Chocolates in Industry City, Sunset Park. Offered every Monday, Wednesday, and Friday.

Things to Do in New York in February: Ongoing This Valentine's Day, or any day, bring a loved one to take in the breathtaking view at Top of the Rock.

Visit the sites of Friends, Seinfeld, Trainwreck, Gossip Girl, Sex and the City and many other NYC film sites with On Location Tours.
Learn more about the fascinating history of New York City's Financial District with Wall Street Walks tours.
Grab a photo with Taylor Swift, Don Draper, Lady GaGa and countless others at Madame Tussauds New York. Here is a coupon!

Ripley's Believe It or Not! Odditorium brings people of all ages face-to-face with the world's most unbelievable curiosities. With 18,000 square feet of astonishing artifacts and exciting interactive exhibits. Here is a coupon!

Zip up 100 stories in 60 seconds and see New York City atop One World Observatory. Here is a coupon.

Grab the family or a friend for a spin on the iconic Rockefeller Ice Skating Rink.

Weather in New York in February

January is the city’s coldest month, so February sees temperatures on the rise. Pack your heavy parka and coats, scarves, and gloves, because low temperatures average around 27 degrees Fahrenheit (-3°C), with average highs getting only up to 44° (7°C). You can expect some outlier days, warmer or colder, with extremes of weather (wind, snow, sleet, freezing rain) not uncommon. Days are short, with about 6 hours of light, but getting longer. The chances of being in New York on a snowy day in February? The averages say that’s about six in 28. 2020 is the Year of the Rat, which is the first of all the zodiac animals. While the rat may not be everyone’s favorite critter, in the Chinese culture, rats are acknowledged as a symbol of wealth and surplus. In celebration of the New Year, many chefs throughout New York City have created special menus that are offered from January 22 through 26. Things to Do in NYC This MLK Jr. Weekend

(1/17-1/20) Looking for what to do in New York? We've got the latest on all the goings-on in NYC, from concerts to museum exhibitions to comedy to the best in city sightseeing. On Monday we remember the life and work of Dr. Martin Luther King, Jr. Explore interactive exhibits, flea markets, a disco party at House of Yes, live shows, and more!