The Metropolitan Museum of Art is already one of the most expansive museums in the world, but on March 18, 2016, it received a major upgrade. The Met has celebrated the opening of The Met Breuer, a separate building devoted to modern and contemporary art. The Met Breuer is housed in the former home of the Whitney Museum of American Art, a stunning building at 75th Street and Madison Avenue designed by Bauhaus architect Marcel Breuer and completed in 1966. With a focus on art from the 20th and 21st centuries, The Met’s new occupancy of the building will give visitors the chance to enjoy the institution’s vast contemporary art collections like never before. The Met Breuer’s programming will include exhibitions highlighting both singular artists and specific themes, as well as new commissions and performances. 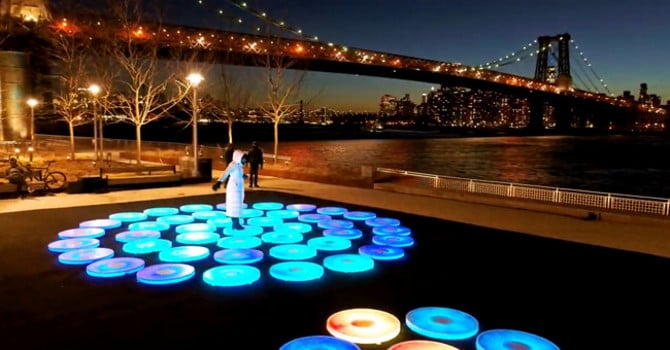 Hibernations are ending in NYC. We're seeing green shoots of growth both figurative and literal, including openings and reopenings of Frick Madison, Balthazar, Intrepid, Circle Line, Film Forum, and the Loeb Boathouse.

Everything Is Connected: Art and Conspiracy Opens at The Met Breuer

The exhibit “Everything is Connected: Art and Conspiracy” at The Met Breuer begins with a look at artists who adhere, more or less, to the straight and narrow--at least in terms of their approach. These artists use their works to focus, for instance, on the shell corporations set up by what was New York’s largest private landlord, to the vast web that drew into it arms dealers, businessmen and politicians.